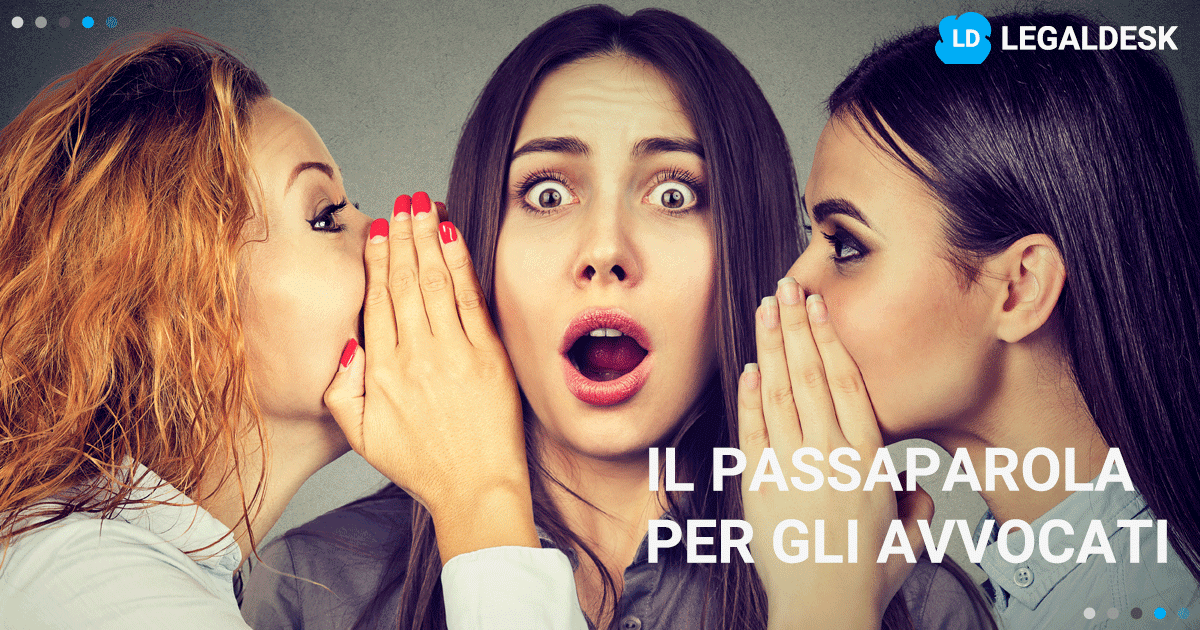 The lawyer is a noble profession, and has always been so since memory is known.

It is even estimated that in Southern Italy, even before the Unity, the legal profession was the most sought-after, but difficult to reach for costs and social extraction.

If the free profession was handed down from father to son , the need to access a good market share was, almost, non-existent.

The literature is steeped in characters, historians or otherwise, whose profession as a lawyer was like a practitioner: it was enough to speak well to leverage people's credulity, because it was not a question of ignorance, but rather a differentiation of roles.

No business card, social profile or blog feedback. The word of mouth of ordinary people (" that is a top of a man ", said Agnese di Azzecca-garbugli), the know-how (according to what was heard in the city) was better than any marketing strategy.

Even the Malavoglia have to do with a lawyer, called to express an opinion on that affair of the lupins and that uncle who claimed the house, but the sad end of the novel by Verga is known to all.

Word of mouth could therefore work at a time when ethical-social barriers and class differences existed, but its effectiveness could be questionable.

A lawyer, for an average man perhaps with a low level of education, represented more than one institutional position .

Woe to express criticisms and negative judgments, the prince of the forum knows how to do and, above all, how to exploit the law in his favor. This is why it was easy to suppose that the awe could undermine, in a hostile way, a simple judgment denoting as best the worst of the lawyers.

Handling? Ignorance? Difficult to say, the fact is that today many barriers have been largely overcome and one wonders if word of mouth can really represent the winning weapon for law firms.

Clients for lawyers: word of mouth and subjectivity of judgment

To believe that word of mouth can still work today is more a bet than a supposition: the average man is provided with a culture wide enough to embrace numerous sectors, even the legal one, even though he does not have a degree in jurisprudence.

As if to say, in case of emergency, all doctors are improvised.

Before going to a lawyer, the client searches for information on the internet , asks for opinions from friends and relatives, in short, he tries to get a smattering of what could be the background of a lawsuit.

The customer who goes to a lawyer already has in mind what he wants: to win at all costs, because on that blog, that his friend or by hearsay, he knows for sure to have the victory in hand. Except then come to discover that the law is not unique and each case is in itself